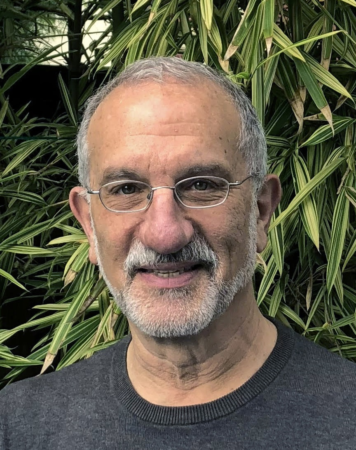 Rob Biniaz has volunteered as a pro bono attorney with BayLegal’s Reentry Unit since 2018. He heard of our work from our partners at the East Bay Community Law Center. We asked him to share his thoughts on his experience working as a vital member of the Reentry Unit, and about what it was like to shift his practice to areas of law that were previously unfamiliar to him.

Tell us about your professional background. How have you spent your career?

I began my career as a federal criminal prosecutor in Los Angeles. I then made a radical shift and went in-house at a record company (CBS Records, now called Sony Records) where my work mostly consisted of drafting and negotiating contracts with recording artists like Michael Jackson and Marvin Gaye and groups like REO Speedwagon and Journey. Eventually I moved over to the business side where I got to focus on making the deals. Later I moved to an executive position at Universal Studios in their concerts division, helping to build large outdoor amphitheaters (much like Shoreline in Mountain View) around the country. After a stint doing business development and helping to set up some international operations for Universal’s record company, I wound up starting Universal’s first video game division. If you ever played the game Crash Bandicoot on the original Sony PlayStation, that one was ours. At some point a change in Universal’s ownership swept out most of the senior executives, and I found myself spending the next twenty years or so as a stay-at-home dad.

What inspired you to volunteer with BayLegal?

With my kids grown and out of the house and having been recently widowed, I moved up to the Bay Area looking for the next chapter in my life. The national climate during 2016 got me thinking about the people who were going to suffer the most and that led me to the idea of attempting to revive my legal skills and volunteer at BayLegal. I sometimes also joke that after a career in records, concerts, and video games, I need to make up for all those years of corrupting America’s youth!

I originally joined the Reentry unit in the Oakland office handling some of the usual reentry matters—helping clients expunge their criminal records as well as the myriad of problems they have with the DMV. For the last couple of years I’ve been working out of the Richmond office where I’ve also taken on some cases beyond Reentry. Much of what I try to do is support the work the other attorneys in the office are handling. I’m sometimes able to take cases off their hands that require large investments of time—more time than a staff attorney could justify spending on any one case.

An example of that would be an 89-year-old client, a military veteran, who wound up owing money on some parking tickets as well as some fines imposed by FasTrak. Homeless at the time, the client was unable to pay and late fees began to accrue. By the time he got back on his feet, the total owed was beyond his means. It took many hours and multiple phone calls, but I was able to get FasTrak to reduce the amount owed down to a manageable number. But dealing with the parking tickets proved to be more difficult.

Municipalities use the DMV to help collect their fines—the DMV puts a hold on vehicle and license renewals until the fines are paid. In 2018, the State Legislature passed a bill calling for municipalities to offer payment plans to the indigent. A key part of that bill was that once a person entered into the payment plan, the DMV hold would be lifted even before the entire amount was paid back.

Our client was eligible to take advantage of this new law, but the city’s interpretation of the law made him ineligible. Our client’s dilemma reached the original author of the bill in the California Assembly who quickly introduced a new bill on an emergency basis clarifying the intent of the law. I wound up submitting a statement at the request of the author and testifying before a State Senate committee about our client’s difficulties. The bill passed and finally, almost a year after I first got involved, the client is on his way to getting his registration renewed.

Tell us about a memorable Reentry case that you handled.

One of the first cases I handled was for a Reentry client who been in an accident while driving a rental car. The accident was not his fault, but unbeknownst to him, the car rental company had sued him for damages to the car and obtained a default judgment while he was serving a sentence in Federal prison on an unrelated matter. He only discovered the existence of the lawsuit when he tried to renew his driver’s license and learned that the company had placed a hold on his license. It turns out that municipalities are not the only entities that can use the DMV as “collection agents.” Private companies can too when the underlying matter involves something that happened on the highways.

We filed a motion to overturn the default judgment and then helped the client file an answer to the complaint and respond to discovery. We eventually convinced the rental company to drop the complaint entirely. And the client got his license back.

Do you have any thoughts you’d like to share with other legal professionals who might be inspired to donate their time/expertise to low-income communities right now?

This work has been tremendously rewarding. At a time when it feels like achieving broad-based change on a national political level is difficult-to-impossible, there is great satisfaction in knowing that the work I do can mean so much to an individual client’s life. Aside from the personal satisfaction in feeling like I’m doing some good in the world, I also very much enjoy interacting with my young colleagues (even if some of my cultural references go right over their heads!). Although I’m the one with the gray hair that supposedly indicates great wisdom, it is they who teach me each day. I am so impressed with the tenacity and dedication they bring to their work.

Visit our Pro Bono page for more information about how to volunteer with BayLegal.